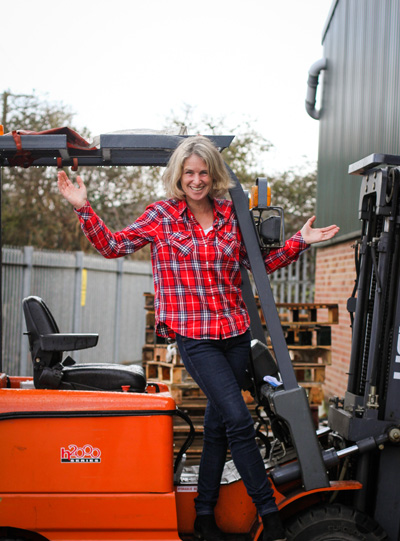 When Julia Minchin, founder of nursery equipment and children’s toy supplier Hippychick, heard that the country was going into lockdown, she believed it would be the final nail in the coffin for the business she founded from her kitchen table 21 years ago.

The Somerset-based firm had a “challenging” 2018 and 2019 because of the uncertainty surrounding Brexit and the adverse conditions affecting the retail sector. After a disappointing Christmas and the “worst January/February for a decade” this year, things were looking bleak.

“Our sales fell off a cliff in December, and January and February were our worst months on record. We were on our knees,” says Minchin.

The business’s troubles were confounded when Minchin’s bank wanted to reduce the company overdraft that had been in place for a number of years. The lack of sales and bank support created a perfect storm that resulted in five redundancies and a reduction in working hours for the employees kept on.

When Covid-19 struck and lockdown was enforced, the mother of three was braced for another period of uncertainty. “Things were already looking very bleak and I wondered how we were going to pay the bills,” she says.

Yet Minchin has been an unexpected beneficiary of the lockdown, and ensuing school closures, with the business seeing an unprecedented increase of almost 60pc in sales through its website. The Easter weekend was particularly profitable for the company, enabling it to welcome four furloughed employees back into the business, and another who had been made redundant.

“Having had a tough winter and gone through the horrible process of making people redundant, we have been very lucky to now be able to bring some staff back to pick, pack and process orders.”

The firm’s large warehouse meant it had plenty of stock when orders began to ramp up at Easter. “Many other toy retailers are reliant on imports from China so when it locked down there were delays and even cancellations. But our large warehouse in Bridgwater is able to house decent amounts of stock so we had products to sell. And now exports from China have restarted we can begin to buy in more supplies.”

Minchin adds: “We recognise that we are one of the extraordinarily fortunate businesses that have managed to keep their head above water in these unprecedented times.”

Appeared in The Telegraph on Saturday

Parenting in a pandemic

June 2, 2020
In Focus
Nursery Today gives an insight into the international markets with a recent survey from members of the BCMi As many of you know Nursery Today...

July 6, 2020
In Focus
Nursery Today caught up with Babymoov’s UK Business Unit Director, Simon Winskill, to find out how they coped during lockdown and business moving forward. How...

April 16, 2020
In Focus
Nursery Today is here to help and aiming to connect the industry amid the Coronavirus and COVID-19 outbreak. Today in our online special supplier...

Parenting in a pandemic

July 22, 2020
In Focus
The fashion industry is currently the world’s third most polluting industry, with 8.1% of the world’s greenhouse gas emissions coming from apparel and footwear...

April 14, 2020
In Focus
Nursery Today is here to help and aiming to connect the industry amid the Coronavirus and COVID-19 outbreak. Today in our online special supplier...