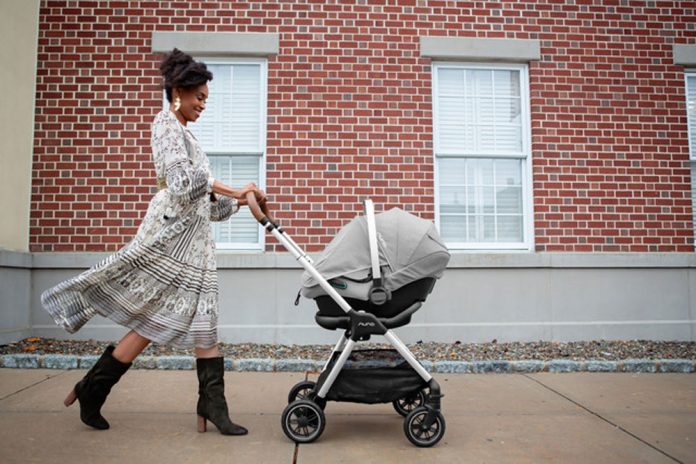 Nuna has just been awarded three Which? Best Buys. The TRIV stroller scored 85 %, the TRIV travel system scored 83% and the PIPA next with base scored 81%.

Which? goes beyond the accepted standard of testing and really put products through their paces – testing them for the way people use them in real life, not just the way manufacturers would like them to be used. Which? Best Buys are only awarded to products that excel in their expert testing and represent the best in their category.

Which? is the UK’s largest independent consumer body with more than 1.4 million members and supporters.
Nuna stockist enquiries:
www.nuna.eu/uk
0800 952 0062

NEW is the buzz word for Harrogate

Optimism ahead of Kind + Jugend

The world’s first stroller with AR

August 25, 2020
Awards
eBay has announced an extension to the entry period for this year’s eBay for Business Awards.  The nationwide annual awards offer eBay entrepreneurs the chance...

June 26, 2020
Awards
Babymore are delighted to announce that they have been awarded “Best British Nursery Brand 2020” in the prestigious 2020 UK Enterprise Awards hosted by...

March 11, 2021
Awards
Do you have an innovative product idea? The Baby Products Association has announced that its 2021 Concept & Innovation Awards are now open and anyone...

April 8, 2020
Awards
The team at Medela UK thrilled to have scooped two awards. Medela takes home both  Gold and Silver in the Electric/Battery Breast Pump Category in...

ToyAward with a new Sustainability category

September 30, 2021
Awards
Spielwarenmesse announce new sustainability award Sustainability and climate protection are increasingly edging into focus in the toy industry. Demand for toys made from ecological...

March 2, 2021
Awards
Now in their 28th year a Mother&Baby Award is one everyone wants to win. A Mother&Baby award is tried, tested and trusted by real mums...