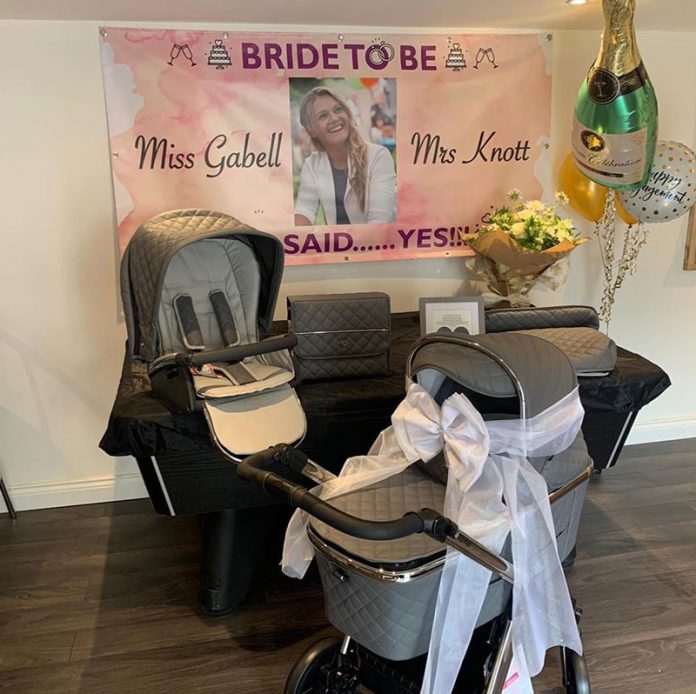 When Lee Knott emailed Bebecar to ask for help the team jumped at the chance especially when they found out it was so he could set up a beautiful proposal to his pregnant girlfriend Ashlie.

Lee had ordered the new VIA CROSS in Lava Grey from retailer Trendy Baby, but it wasn’t due in to

stock until End of July, however Bebecar managed to get it brought forward so he could carry out his proposal as planned.

Lee and Ashlie are so happy with their pram and are the first to get their hands on this new stunning Lava Grey fabric.  Rob, Bebecar’s service manager, was in contact with Lee helping him get it set up and thankfully she said YES!

Both Lee and Ashlie have sent the Bebecar team messages stating how happy they are with the pram.

Infantino gets Played in Chelsea

Hippychick announce their 2022 charity of the year

Be Eversure you made the right choice with Graco

Cozy N Safe are over the moon!

October 26, 2021
Awards
Cozy N Safe are on a winning streak. On the back of three different seats winning awards from independent reviewers Bizziebaby, Cozy N Safe...

June 8, 2021
Car Seats
Fitting a child car seat – GoCompare report highlights the cities that struggled the most. Parenting comes with a lot of challenges to say the...

October 14, 2021
Car Seats
Bébécar will be presenting a beautiful selection of new fabrics alongside current favourites at the Harrogate Nursery Fair this year. Hall G, Stand: G19 They will...

Group 2-3 from My Babiie

November 11, 2020
Car Seats
“Are you sitting comfortably?” -  Stunning NEW Group 2-3 Car Seats from My Babiie The My Babiie Group 2-3 high back booster seats are suitable...