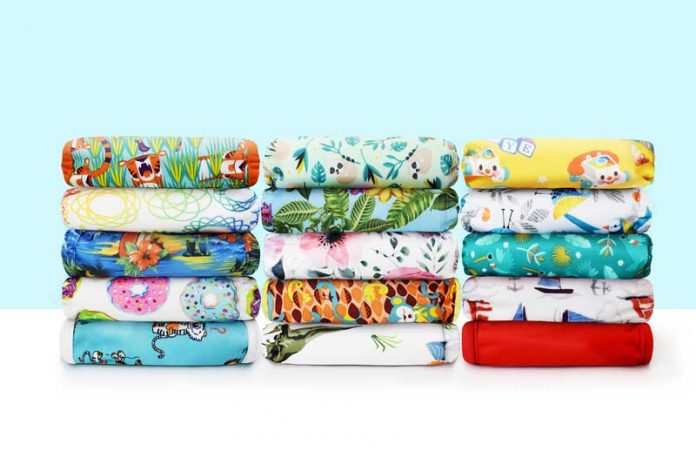 Environment Minister Rebecca Pow confirmed that there will be powers in the new Environment Bill currently making its way through parliament to legislate on nappies. This follows a statement by Lord Goldsmith in November that the Department for the Environment were looking to address pollution caused by single-use nappies.

Speaking before the parliamentary debate, David Linden, SNP MP for Glasgow East, whose amendment prompted Minister Pow’s statement, commented: “My amendment sends a signal for meaningful environmental change. Single-use nappies represent nearly 3% of all UK household waste each year and it’s shameful that single-use nappy manufacturers are inflating their own eco-credentials while filling our landfills with billions of nappies each year. I’m urging the UK government to support my amendment as an important and tangible step in taking action to tackle nappy waste.”

Mr Linden’s amendment to the Environment Bill is an important step towards combatting single-use plastic pollution and helping families make informed choices about which nappies they use.

The amendment to the Environment Bill would:

Promote the use of reusable nappies

Speaking at the debate, David Linden, SNP MP for Glasgow East commented: “Parents around the world will use nappies every day. It is therefore incredibly important that such an essential item for families is not continuing to adversely damage the environment. With millions of disposable nappies now in landfill, we have the opportunity to make a change.

“The babies in nappies today will inherit the world that we leave for them. And we owe it to that future generation to do all we can to protect their planet and pass on a better legacy.”

During the debate (Tuesday 26th January), four speakers focussed specifically on nappies which is unprecedented but supports Mr Lindens argument that when tackling single-use plastic waste it is incremental that disposable nappies become a primary focus.

Guy Schanschieff MBE DL, Chair of the Nappy Alliance, comments:  “It’s great to finally see nappies so high up on the agenda in parliament. Modern reusable nappies are an existing sustainable solution, they are easy to use, affordable, stylish – and they work.

“We applaud the approaches taken towards tackling plastic bags and coffee cups but it If the UK government is really serious about being a world leader on plastic pollution and climate change, it needs to get serious about nappies.”

With leadership of COP26 on the horizon and the popularity of reusable nappies surging, this amendment to the Environmental Bill is an opportunity for the UK government to show their commitment to tackling the damage caused by disposable nappies, one of the biggest sources of single-use plastic pollution around the world with over three billion disposable nappies being thrown away every year in the UK alone.

Magnus Smyth, Nappy Alliance Member & Director of TotsBots comments:  “The environmental claims made by manufacturers of single-use nappies can be misleading and families deserve to know the truth. Mr Linden’s amendments to the Environment Bill will help families make informed decisions about the products they use for their children. We are grateful for his continued efforts to raise awareness of the terrible impact single-use nappies have on our environment.”

Reusable nappies deliver savings to parents of over £1,000 versus single-use nappies, and more if used for additional children

Reusable nappies can be used again and again, whereas single-use nappies are costly and technically complex to recycle due to their material composition and often end up contaminating recycled waste because of misleading labels, which in turn costs local authorities millions to deal with each year

Reusable nappies continue to increase in popularity thanks to modern, easy-to-use designs and because parents are becoming more aware of the environmental impact of their purchases.

Kit & Kin Celebrates Choice for Reusable Nappy Week and Beyond 

April 26, 2022
Eco
This Reusable Nappy Week (25th April - 1st May), sustainable babycare brand Kit & Kin is celebrating the power of choice. As one of the only eco...

August 25, 2020
Eco
Organic bamboo is eco-friendly, biodegradable, heat, stain, odour and water resistant and most importantly it is non-toxic. Eco rascals is a welcome entry to...

Nimble to launch in Tesco and expand with Sainsbury’s

TotsBots Gets a Brand Refresh

Raising the next generation of eco-warriors in the UK

July 8, 2020
Eco
Frugi, the leading ethical and organic children’s clothing company, is proud to announce a partnership with Eco-Schools as part of their Little Clothes BIG...