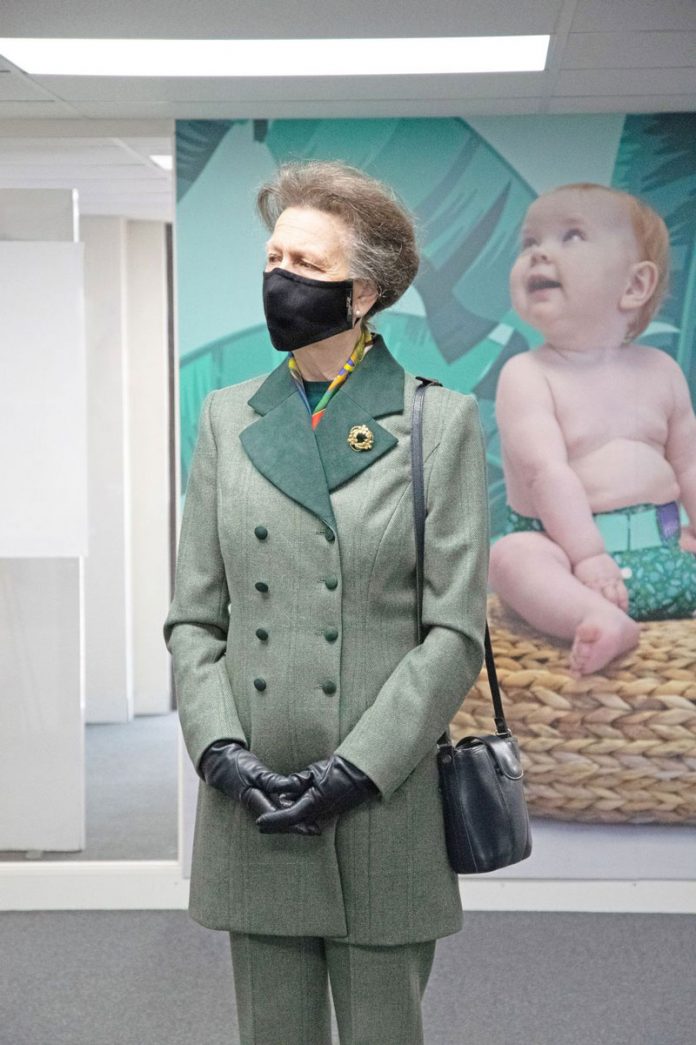 On Tuesday 27th April 2021, Her Royal Highness, The Princess Royal made a special visit to Bambino Mio in Northamptonshire to present the reusable nappy experts with The Queen’s Award for Enterprise for International Trade, as well as officially opening the brands new Head Quarters.

HRH The Princess Royal was warmheartedly welcomed by the Bambino Mio team, who shared insights on business growth and the purpose-led mission work delivered by Bambino Mio.

During the royal visit, a small outdoors awards presentation was held, where Bambino Mio’s Founder & Managing Director, Guy Schanschieff, was presented with The Queen’s Award for International Trade. This held personal significance, as exactly 10 years ago Mr Schanschieff was presented with an MBE by The Princess Royal herself, for his services to business, making this a truly inspirational story of continued growth and success.

“This was a really special way of celebrating our businesses success and it was an honour to introduce HRH The Princess Royal to some of our Bambino Mio team.”

“This was a truly momentous occasion for me, as it was The Princess Royal herself who awarded me with my MBE back in 2011.This is yet another accolade which proves that the purposeful work we are doing at Bambino Mio is genuinely driving a positive change within the reusable baby product category.”

The prestigious Queen’s Award for Enterprise celebrates business excellence across the UK and the win for Bambino Mio recognises outstanding international growth and the brands ongoing efforts to make reusable nappies and associated sustainable products commercially acceptable and available worldwide. Bambino Mio is one of just 220 organisations to be recognised with this prestigious award.

This honour is a landmark achievement for Bambino Mio, a family business built from humble beginnings in 1997, growing to become an international success story and now crowned with a Queens Award for Enterprise.

At the conclusion of the visit, The Princess Royal unveiled a commemorative plaque to mark the opening of Bambino Mio’s new Headquarters which during 2020 had undergone significant expansion, including the build of new offices and investment in a new warehouse.

Positivity in the air for Harrogate Nursery Fair

June 2, 2021
Exhibition News
Harrogate expands as more brands sign up for the October show. Following the recent announcement of an additional hall at the Harrogate Convention Centre to...

November 2, 2021
Car Seats
Pebble 360 infant carrier from Maxi-Cosi highly rated in safety by STiWa In the results published for October 2021, Maxi-Cosi performed fantastically with the brand’s...

April 13, 2021
News
After a long wait, many Independent Nursery Stores successfully re-opened their doors yesterday. With all the recent lockdown restrictions of the third lockdown, independent nursery...