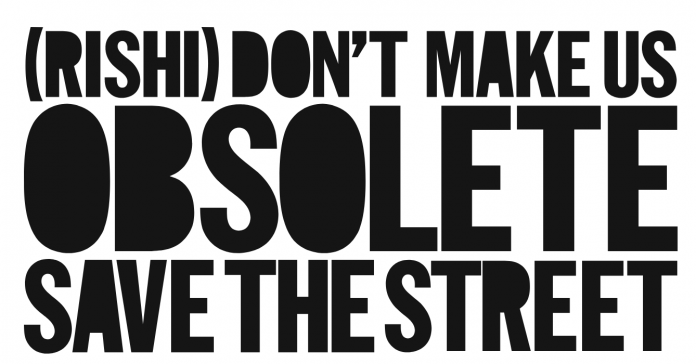 One month on from the reopening of non-essential retail, disappointing shopper numbers are fuelling concerns that the recovery of the UK high street is taking too long.

Campaign group Save The Street says action is needed now to encourage consumers to support their local shops or it will be too late for many independent retail businesses.

The latest data from Springboard revealed that two weeks after the reopening of non-essential shops, footfall at UK high street destinations dropped by 6.1% from the previous seven-day period*.

Compared to the same week in 2019, before the pandemic, all retail footfall was down 26%.

Shop owners themselves are concerned about the modest number of people passing through their doors.

In a straw poll conducted by retail space platform Appear Here and Save The Street, 48% of retailers said they were disappointed with the level of footfall since they reopened on April 12th. More than a quarter (26%) said that they didn’t think their business would survive if shopper numbers failed to recover to pre-pandemic levels.

Despite the gradual opening up of the economy, the vast majority (77%) said they were still in favour of a Shop Out to Help Out-style scheme.

Ross Bailey, CEO of Appear Here and founder of Save The Street, has proposed an incentive scheme for small high street shops similar to last year’s Eat Out To Help Out initiative for the hospitality sector. The proposal would see the Government cover 50% of the cost of what the public buys at independent retailers, capped at £10.

If footfall fails to fully recover, 1 in 6 (16%) retailers estimated they would only be able to stay afloat for between 1 and 3 months.

With every £1 spent with independent shops generating an additional 63p of benefit for their local economy – compared to just 40p generated by large firms – Save The Street is urging the Chancellor to look again at their stimulus proposal and do all he can to save the endangered independent shops that are the beating heart of Britain’s local communities.

January 22, 2021
News
CYBEX has announced an exciting offering for retailers, with the launch of its brand-new digital training academy.  At a time in the UK and Ireland...

The Baby Show Olympia is Back This Autumn!

August 13, 2020
Exhibition News
Clarion Events is delighted to announce that The Baby Show with Lidl - the UK’s leading and most respected event for expectant and new...

Medela provides a sense of harmony

September 18, 2020
Feeding
Perfect for occasional expressing, the Harmony Flex is ideal for discreet pumping on the go and for those ‘just in case’ moments. The pump is...

August 6, 2020
News
An innovative friend who can do wonders for toddlers’ development! Tiny Love™, the much-loved developmental toy brand, is excited to launch its new and innovative...