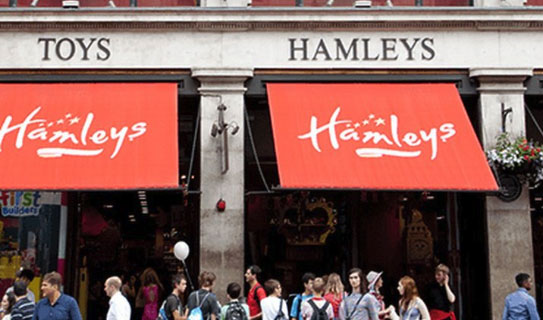 The chief executive of Hamleys is to step down from his role at the end of the month.

The report from Sky News suggests that David Smith is expected to leave his post at the end of the month – seven months after being recruited by the new Indian owner of the world-famous toy retailer. Reliance industries purchased Hamleys in May 2019 for around £70m.

The reasons for which the former Debenhams and Body Shop executive is to leave the company are currently unknown.

However, like many retailers, sales at Hamleys have been negatively impacted by the outbreak of Covid-19.

February 22, 2021
News
This afternoon prime minister Boris Johnson announces lifting of restrictions with non-essential retail due to open in April The PM addressed the nation this afternoon...

May 11, 2022
News
Turning traditional consulting on its head! It is very rarely that four people with a combined buying and merchandising knowledge from working for a major...

Make a statement with Mamas and Papas

Hippychick says thank you for support in humanitarian mission For Ukraine

March 17, 2022
News
Hippychick would like to thank everyone for their generosity in supporting its recent initiative to transport essential supplies to Poland for distribution at the Ukrainian borders. The nursery &...